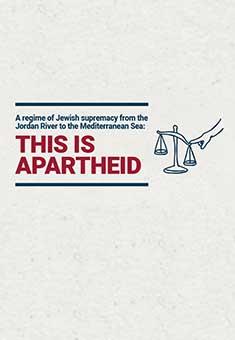 The entire area Israel controls between the Jordan River and the Mediterranean Sea is governed by a single regime working to advance and perpetuate the supremacy of one group over another. By geographically, demographically and physically engineering space, the regime enables Jews to live in a contiguous area with full rights, including self-determination, while Palestinians live in separate units and enjoy fewer rights. This qualifies as an apartheid regime, although Israel is commonly viewed as a democracy upholding a temporary occupation. 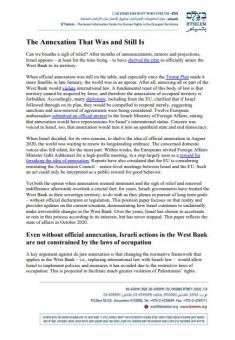 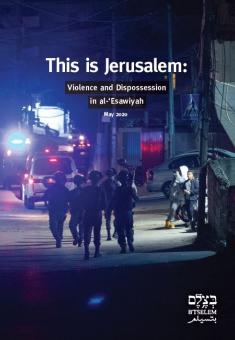 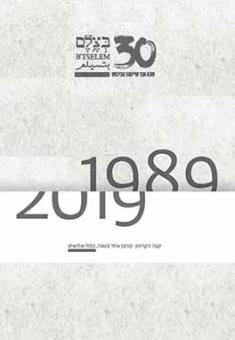 Download the full report as PDF
View webversion
The pages below are an exhumation, digging up the past. For each year since 1989, we brought an account of a single instance in which soldiers killed, injured or beat a Palestinian. The account of each incident presents the testimony we collected at the time and then describes how one or another of the state’s legal branches whitewashed the actual event. Lastly, we bring a testimony we recorded this year from a relative or from the victims themselves. Their personal stories tell of lives unalterably changed in an instant. They were never the same again. The violence and its whitewashing are the double helix that make up the occupation’s DNA. The two are closely intertwined: without state violence, as carried out by its security forces, a people cannot be oppressed and its life regimented and controlled. But without whitewashing, the security forces would refuse to employ violence. This, then, is the awful pact between government control and “security,” a deal without which there could be no occupation or control.
September 2019 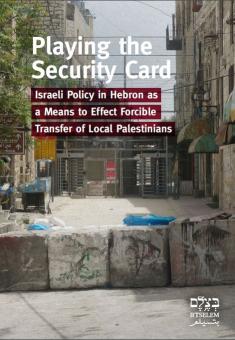 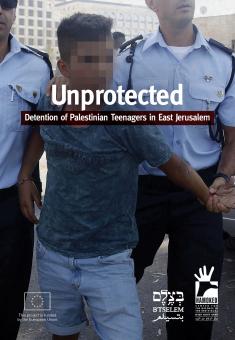 Joint report with HaMoked, Center for the Defence of the Individual

The report reveals broad, systemic abuse by Israeli authorities of the human rights of hundreds of Palestinian teenagers arrested every year in East Jerusalem. Affidavits were collected from 60 such boys: they described being pulled out of bed in the middle of the night, handcuffed, interrogated in violation of their rights, then kept in custody under harsh conditions, sometimes for extended periods of time. These practices are part of Israeli policy, which considers the Palestinians living in East Jerusalem unwanted residents. 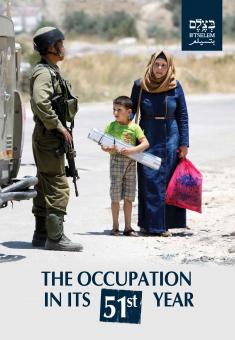 The Occupation in Its 51st Year

International law defines occupation as a temporary situation. After more than 50 years, the reality in the West Bank and Gaza can no longer be considered temporary. It is unreasonable to keep hoping that Israel end this situation of its own volition. In the 51st year of the occupation, B’Tselem wrote an updated version of the document describing the situation in the West Bank and Gaza. The facts are well-known. Equally well-known is that standing idly by means perpetuating the current situation. Determined action is needed now to clearly demonstrate that local and international cooperation with the occupation is over. 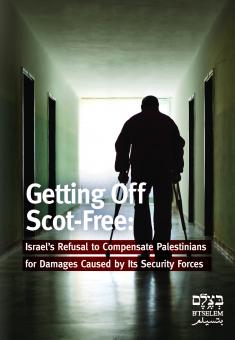 Over the past twenty years, Israel has taken measures to guarantee a nearly blanket exemption from its obligation under international law to pay compensation to Palestinians harmed by its security forces. In a new report released today (Wed., 8 March), B’Tselem traces the development of this practice and illustrates how it has led to a major drop in the number of claims for damages Palestinians filed in recent years. Israel’s policy reflects how little value it places on the lives, bodies and property of Palestinians living under its control. 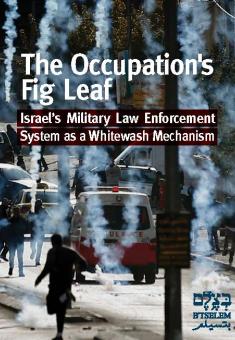 The report explains the reasons behind B’Tselem’s decision to no longer refer complaints to the military law enforcement system. It was made based on information compiled from hundreds of complaints B’Tselem has filed with the military, dozens of military investigations and many meetings with officials. B’Tselem will continue reporting violations but will no longer help a system which serves as a whitewash mechanism and that also, in advance, absolves senior military and government officials of responsibility for the policy they set out. 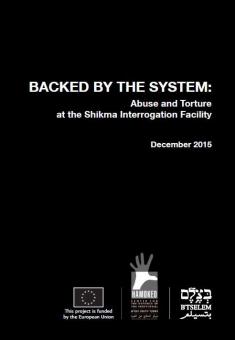 Joint report with HaMoked, Center for the Defence of the Individual

Sleep deprivation; prolonged binding; verbal and sometimes physical abuse; exposure to heat and cold; poor, meager food; small, foul-smelling cells; solitary confinement; unhygienic conditions. A new report by HaMoked and B’Tselem shows these to be standard in interrogations at Israel Security Agency’s (ISA) facility at Shikma Prison. The report is based on affidavits and testimonials by 116 Palestinians interrogated there from Aug. 2013 to March 2014, including at least 14 who had been interrogated under torture by the Palestinian Authority shortly before. The ISA’s interrogation system is run with the approval of Israeli authorities, including the High Court of Justice.