Tzurim Valley National Park was declared in 2000 on about 17 hectares of open space at the foot of the Hebrew University Mount Scopus campus. Some of the land designated for the park belongs to the Islamic Waqf land and some is privately owned by Palestinians. The park borders directly on the built-up part of the neighborhood of Wadi al-Joz to the east, and that of a-Sawaneh to the south and west.

Neither of the usual motivations for declaring national parks in Israel – unique archeological finds or natural treasures – is to be found at this site. Instead, the Nature and Parks Authority (NPA) has explained that the park was declared on this spot “in order to create geographic contiguity with Jerusalem Walls National Park”, as well as to re-create “a vantage point seen by pilgrims in antiquity” and “the agrarian culture landscape on the edge of the desert”. To this end, the NPA built terraces and planted olive trees, intended to create an “olive grove landscape formerly characteristic of the entire area”. The plan includes construction of a water reservoir inside the park, alongside a visitor center and a restaurant, as well as a playground for the children of nearby Palestinian neighborhoods. These proposed items have yet to be implemented.

The declaration of the site as a national park has political ramifications: it creates a contiguous bloc of open spaces extending from the Old City to Mount Scopus where Palestinian construction will be prohibited, and at the same time draws Israeli visitors to the area. Israeli daily Haaretz reported that, when Benny Elon served as MK on behalf of the National Unity party, he said that the park was one of “17 Jewish footholds around the Old City”, designed to surround it and prevent possible division of Jerusalem. According to Elon, these footholds include open spaces, national parks and small Jewish neighborhoods. In February 2004, in honor of Tu Bishvat [Jewish arbor day], East Jerusalem Development Ltd. invited the public to an olive tree planting ceremony at the national park, aimed at “making youths feel connected to Jerusalem, and getting them to visit Jerusalem, the capital of Israel, several times a year”. Since 2004, with approval from the Israel Antiquities Authority, the site has hosted a project for sifting through the soil that the Waqf dumped from the Temple Mount in 2003 in the course of extensive construction work it carried out there. Beginning in 2005, the project has been run and funded by Israeli NGO El-Ad, whose official objective is to “strengthen the Jewish bond to Jerusalem”, and it is promoted as an compelling activity for the whole family. Professional archeologists say that the sifting project, whose official objective is to salvage relics from the Jewish Temple and other important Jewish findings, is unscientific and of no real value to scholarship as the artifacts are no longer in their original site, and the particular place they came from is unclear. The national park is an obstruction wedged in the urban continuum of the neighborhoods bordering on it and it constrains their development:

A-Sawaneh: The neighborhood is home to some 3,000 residents. The relevant urban plans in effect since 1976 have allowed for very limited construction and most of the area they designate as residential is already built-up. The large open space in the northern part of the neighborhood was not allocated for use for the benefit of the residents and that is where the national park was declared.

The plan for the park also cuts into the area occupied by al-Ibrahimiya School – a school and college that have been operating on privately owned Palestinian land since 1983. An empty lot near the school is used by the students and by residents from nearby neighborhood as a soccer field. Yet, on a number of occasions in 2011, the NPA dismantled the goal posts and the fence erected around the lot. The NPA has also attempted to prevent students’ parents from parking in the area used as the school’s parking lot. The area is located inside the declared park, and the NPA planned to turn it into a bus parking lot for park visitors. Following a petition to the High Court of Justice, the school administration reached an agreement with the NPA that leaves the soccer field out of the park, and the NPA has ceased damaging it. Wadi al-Joz: The neighborhood has some 17,000 Palestinian residents, who suffer from a serious shortage of land reserves for construction. The planned parts of the neighborhood have been allocated low construction percentages, contrary to its urban nature, and other parts, which entirely lack planning, are densely built. An area the size of 3.9 hectares inside the neighborhood, mostly vacant with the exception of a few houses, was incorporated into Tzurim Valley National Park. However, the NPA has yet to carry out any development activity in this area.

Emek Shaveh, Where Are the Antiquities? National Parks between the Old City of Jerusalem and Area E1, January 2012 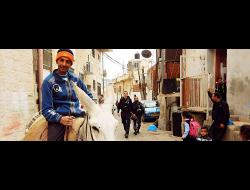 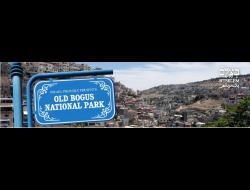 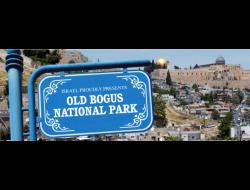