I was born in Jenin. In 1992, I married Yusri ‘Abdallah Mghari, a resident of the Gaza Strip. At the time, he was studying to be a math teacher at a-Najah University, Nablus [in the West Bank]. We lived in Nablus, and our eldest son, ‘Abdallah, was born there in 1993. At the end of that year, two weeks after my husband finished his studies, we moved to Gaza.

At first, I visited my family in Jenin regularly, once every six months or so, either by myself or with my husband. I attended all family occasions.

When the second intifada began in 2000, things started getting worse and more complicated. Getting about between Gaza and the West Bank became very hard. For two years or so, I couldn’t visit my family because of the repeated closures on Gaza and because I couldn’t get a permit. In 2002, my father had a heart attack. I was very scared and worried about him. I went to the DCO in Gaza and they asked me to bring a medical report proving my father’s condition. My family sent me a report, and that helped me get a 4-day permit, so I managed to see my father and the rest of the family.

Video: So near and yet so far

In 2004, I gave birth to a baby boy. He died four days later. We suffered the same tragedy again at the end of that year. My family tried to get into Gaza to visit me, but they couldn’t get permits. It was really rough on me, and I felt very sad and lonely. I really needed my father and family around me. In May of 2005, after my mother and father tried many times to get a permit to visit me in Gaza, they managed to come visit me. They came for five days and then had to go back, because their permit expired.

In August 2005, my father’s heart condition worsened and his health deteriorated. He traveled to Jordan for treatment. I was worried about him and was scared that it would take too long for me to get a permit from Israel, so in order to see him I traveled to Jordan through Egypt. I went alone. The journey was physically and mentally exhausting. From Jordan, I returned with my father to Jenin and stayed there for a week. Then I went back to Jordan, and was planning to go from there to Egypt and back to Gaza. In the meantime, Rafah Crossing was shut down, so I got stuck. I stayed with my uncle in Jordan for 21 days. I was worried about my husband and children and talked to them on the phone every day.

From 2005 to 2007, I couldn’t get a permit to visit my family in Jenin. My father was sick for four months, and I couldn’t be with him. Even when he passed away, on 10 December 2005, they wouldn’t let me join the mourners. I felt like I was in prison. My uncles on my mother’s side who live in the United States came when they heard about my father’s deteriorating health, while I, who live in the Gaza Strip – so nearby, compared to the United States – couldn’t see my father because Israel never even responded to my application.

On 3 June 2007, I found out that my sister Rimah, 38, had gotten cancer. I wanted to visit her and be with her during her illness. I went to the DCO in Gaza every day to try to get a permit. At the time, the DCO was hardly functioning. They took down my request, but I got no response. Time passed quickly. My sister’s health deteriorated and I was helpless. For five months, I handed in medical reports proving how ill she was, and requested a permit over and over again. Finally, I got it on the very day my sister died. My family delayed her burial so that I could attend. But I was held up at Erez Checkpoint and didn’t get to my sister’s funeral or say goodbye to her before she was buried. I reached Jenin towards nightfall and immediately went to the cemetery. I was devastated and couldn’t comprehend my sister’s death. I didn’t see her before she died, but I spoke to her on the phone almost every day. My family and I were in shock, but the fact that I was there made it a bit easier for my mother. Two months after my sister died, I went back to Gaza.

From 2008 until November 2011, I didn’t get a permit to visit my family. That means that I didn’t see my family for four years. I applied for a permit with the Committee for Civilian Affairs, especially for visits for the holidays and family occasions, but I got nothing.

My last visit was in November 2011. I was given a permit for four days only, during which I visited my family and my mother. Meeting my family was like being at a wedding. A lot of relatives and neighbors stood waiting for me on the road. Some of them had cameras and they were taking photos of me. Lots of relatives and brothers and sisters gathered in our family’s house to congratulate me. Since then, I haven’t been given another permit. My husband goes regularly to the Committee to inquire about our applications, and they tell him that there are no permits to visit the West Bank.

My boys have not seen their grandmother in Jenin or their uncles, aunts and cousins since 2002. The family stays in touch with them via phone and Internet. Obviously, it’s no substitute for spending proper time with your family and getting a hug from them.

Nibal Jamil Tawfiq Mghari, 45, is married and a mother of three. She lives in Gaza and works as a clerk at the city’s recorder of deeds. She gave her testimony to B’Tselem field researcher Khaled al-‘Azayzah on 2 May 2013, in her home. 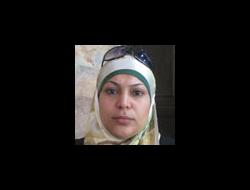 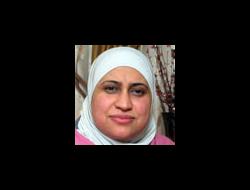 ‘Abir Sharaf, 48, lives with her husband in Nablus. She described how hard it is to be separated from her family in Gaza. 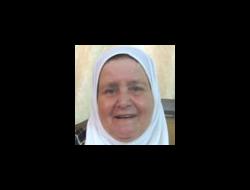 Fatmah Abu 'Issa, 70, lives in Jenin. She related how she much she misses her daughter in Gaza, where she cannot visit her, and tells of her fear that she many never see her again.
