My wife and I live in the Sheikh Radwan neighborhood of Gaza City with our three daughters: 'Ayesha, 16, Hanin, 11, and Shahed, 8.

I worked in construction in Israel from the time I was eighteen, in the early 1970s, until 2000. At first, I worked as a laborer, and over the years I advanced and became a building contractor. I had fifteen laborers working for me and I bid on tenders and did work for Solel Boneh, one of the biggest construction companies in Israel . I worked with them for about fifteen years.

The years I worked in Israel were the best years of my life. I made about 18,000 shekels a month. I was in great financial shape. In 1982, my brother and I bought a 250-square-meter house at a cost of 70,000 Jordanian dinars [about 380,000 NIS ]. We divided the house into two apartments, one for my brother and his family and one for me and my family. I furnished my apartment fully and didn't spare anything when it came to my family's needs. I also gave my big brother 2,000 shekels a month and helped neighbors and poor relatives of mine. On holidays and special occasions, like during the month of Ramadan, I used to buy clothes and give them out to poor people in the neighborhood. This is how it was until 2000, before the intifada.

When the intifada broke out, my suffering began. The Israelis refused to renew my permit to work in Israel . I went to Erez Checkpoint thirteen times, and each time they told me to come back in twenty days or in a month. I would stand in line for at least three hours to reach the crossing, and each time they sent me back. Finally, I gave up hope.

After I stopped working in Israel , my financial situation deteriorated and I felt as if my life had ended. I was very surprised that the Israelis refused to give me a work permit, after I had worked in Israel for so many years. I never thought I would lose my only source of income.

The money I had saved began to dwindle away. Our way of life changed drastically. I couldn't meet my family's needs and had to limit our purchases to our basic needs. I bought chicken or meat only once every two weeks and cut down on visits to family, neighbors, and friends. Now I almost never go to weddings and the like because I can't afford to buy gifts.

Our financial condition is terrible. Unemployment is high in the Gaza Strip and I can't find work. With the crossings closed by Israel , goods don't come into the Strip and there is a shortage of building materials. As a result, there is no construction work going on.

When the school year was about to start, I borrowed 100 dollars from a good friend to buy books and school accessories for my daughters. It was hard asking him for the loan because his financial condition is difficult too. At the beginning of Ramadan, I received 100 dollars from a public institution in Gaza that provides assistance to the unemployed. The money was supposed to go for food for Ramadan, but I used it to repay my friend.

Now I spend my time going from one aid organization to another, hoping to get a basket of basic food items for the house.

The Israeli occupation is suffocating us with this siege and has forced us into dismal poverty. The Israelis don't let us work and earn a livelihood in dignity.

Jamal Mahmoud 'Abd a-Rahim al-Qishawi, 52 and a father of three children is an unemployed building contractor and a resident of Gaza City. His testimony was given to Muhammad Sabah at the witness's home on 9 October 2007. 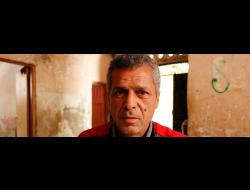 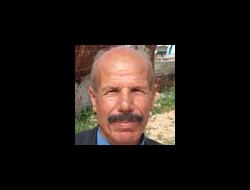 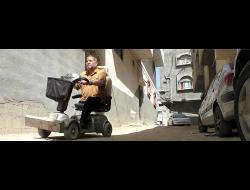