The a-Zein family in a-Tuba: Deportation by the Civil Administration and abuse by settlers

We live in a-Tuba, which is situated about one kilometer east of the Ma'on settlement. I was born in a-Tuba and spent my whole life here. My wife, seven of our children, and I live in a cave. It is abut sixty square meters. We make a living from raising sheep and goats and from farming. The village is situated about seven kilometers from Yatta, and we can get there via the main road in about 30-60 minutes. In the past, it was easy, and we did not suffer from any abuse or harassment, but beginning in 1999, the settlers from Ma'on and the Civil Administration have been harassing us.

Officials from the Civil Administration came to the village. An officer name Ghazi gave us a document saying we had to leave the area. We did not leave because it has been our land for generations. In the two weeks after that, we received two more warnings to leave. Then a large contingent of police and Border Police came to the area. They came with a jeep from the Civil Administration, a bulldozer, and a truck. A few laborers took our things from the cave and piled them onto the truck. Then, one of the bulldozers demolished our cave. The police put the residents on a truck and drove us to the Beduin village Umm al-Khir, which is situated about ten kilometers from the village. They dumped our things onto the ground there. It rained that day. The Beduin residents took us and our things and let us live in the cave until the problem is resolved.

Attorney Shlomo Lecker handled our case. He went to court and we got an order saying we could return to live in the area. All the families returned to the village. I repaired one of our caves and we moved back in. We couldn't fix the other cave. After we returned, the settlers blocked the main road linking the village and Yatta. Now we have to go by another road, which is longer and harder. It takes us about three hours to get to Yatta.

Living conditions are harsh. We go to Yatta to buy everything we need. Even water. Once, a container of water cost about 100 shekels, but now it costs 150 shekels. Our children have suffered greatly. My daughter, 'Aisha, who is 16, left school because it was hard getting to Yatta. My son Maher left school when he was twelve years old. Our youngest sons, 'Amer, who is seven, and Ru'ad, who is six, were not registered at school because we knew they would have trouble getting there. Two of my daughters study at the al-Ka'abneh Beduin elementary school. They walk to school an hour each way.

Once, my son 'Ali, who is 19, and I wanted to go along the main road. The security officer of the settlement stopped us. He detained 'Ali and told me to go home. I refused, and he delayed me [??from what??]for six hours, until the police came. The police arrested 'Ali and told me to go home. 'Ali got home about 11:00 P.M. I still think that I was lucky. My cave is on the eastern side of the village, further away from the Ma'on settlement. The residents on the western side of the village suffer a lot of abuse by the settlers.

'Issa 'Ali 'Issa Zein, 85, is a father of thirteen children, a farmer, and a resident of a-Tuba village in South Mount Hebron. His testimony was taken in his cave in a-Tuba, by Karim Jubran, on 21 October 2004. 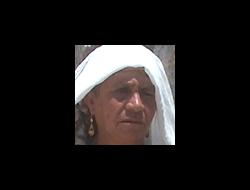 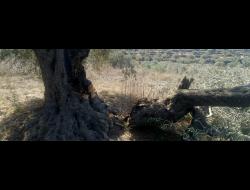 New B’Tselem report about the city of Hebron: Using security excuses, Israel has managed to forcibly transfer Palestinian residents of the city
