This morning, Palestinians from Qusrah, a village south of Nablus, discovered that the village mosque had been torched with burning tyres.

On the first floor of the mosque, the tyres left burn marks and windows were shattered. A Star of David and the writing "Muhammad is a pig" and "Aley 'Ayin and Migron = social justice" were scrawled on the walls. The second floor of the mosque was not harmed. According to media reports from this morning, the torching was discovered several hours after Israeli police forces demolished three permanent structures in the nearby Migron outpost.

In recent years, settlers have carried out violent acts under the slogan “price tag.” These are acts of random violence aimed at the Palestinian population and Israeli security forces. They generally follow actions by Israeli authorities that are perceived as harming the settlement enterprise, or follow Palestinian violence against settlers. B'Tselem has documented many acts of this kind, which have included blocking roads, throwing stones at cars and houses, making incursions into Palestinian villages and land, torching fields, uprooting trees, and other damage to property.

These incidents are part of a clear pattern and can therefore be predicted. The security forces must prepare in advance in a way that will enable them to prevent harm to Palestinians. Israel is obligated to protect Palestinians and their property. This legal obligation has been reiterated in high court rulings and is not a good will gesture. 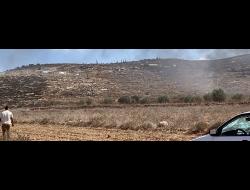 Turmusaya, Ramallah District: Settlers attack olive harvesters; when the victims try to defend themselves, soldiers fire tear gas and “rubber” bullets at them 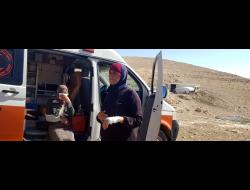 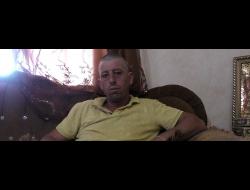