Note: All the data below relate to the barrier's effect following its completion in accordance with the route that the government approved on 30 April 2006.

Source: OCHA: office for the coordination of Humanitarian Affairs,July 2012.

Source: OCHA: office for the coordination of Humanitarian Affairs July 2012.

* Residents of these towns and villages will require permits to live in their homes, and they will be able to leave their communities only via a gate in the barrier. The figure does not include three communities that are presently situated west of the barrier but lie east of the barrier according to the currently approved route.
** Residents of these towns and villages will not require permits or have to pass through a gate.

Gates in the Separation Barrier

The Separation Barrier has 66 gates (as of July 2008) for crossing between severed parts of the West Bank. 27 are closed, leaving only 39 to serve Palestinians.

Of the open gates, 20 are either 1) Gates for daily crossing, in which the general Palestinian population can cross from one place to another within the West Bank. Some of these gates are open daily for a consecutive period of twelve hours, others are open twice a day at fixed times, and a few are open around the clock, or 2) Agricultural gates, which are opened two or three times a day, for farmers with crops that require daily care (vegetables and greenhouses, for example) on the other side of the Barrier. To cross, farmers need to obtain a permit from the Civil Administration, which is good for a specific gate.

The remaining 19 gates are opened seasonally, such as during the olive-picking and harvest seasons, for farmers working land on the other side of the Barrier. Generally, these gates are opened two or three times a day, at fixed times and according to the permit regime mentioned above. 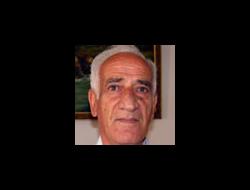 Testimony: Israel prevents elderly resident of Bethlehem from harvesting his olives, which lie on the other side of the Separation Barrier, October 2009