The political and legal systems in Israel have in recent days been thrown into some turmoil by Supreme Court Justice Uzi Vogelman, who scheduled an emergency hearing on the demolition of the homes of the Palestinian families of the perpetrators of the attacks that killed Eitam and Naama Henkin, Malachi Rosenfeld and Danny Gonen – namely the Hamed and Ghanem families from Silwad; the Kusa, Haj Hamad and Rizeq families from Nablus; and the ‘Amar family from Qalandia – rather than sanctioning the demolitions without further ado.

The judge’s decision meant the demolitions were temporarily put off, thereby raising the ire of those who felt that the destruction of the Palestinian houses ought to have been carried out by now, and they voiced scathing criticism of the High Court of Justice.

Champions of the court leapt to its defense: While sharing the view that the demolitions are certainly merited, they firmly expressed their belief that such justice ought to be implemented only after a proper legal hearing. Truly, what would the civilized world come to if we don’t keep up such appearances?

While the two sides carry on battling one another – so-called extremists versus the law’s knights in shining armor – the heated debate conveniently obscures the fact that, ultimately, the organized barbarity called “demolishing terrorists’ homes” has across-the-board support among the Jewish population in Israel. This unanimity includes those who perceive themselves as soaring high up in the rarified plane of morality and justice – the justices of the High Court. Their rulings have enabled the demolition (or sealing) of over 1,600 Palestinian homes since 1987.

All the actors party to the current round of legal-administrative brutality can breathe easy: Both the particulars of the ritual and its results are a foregone conclusion. Demolitions were sanctioned, are sanctioned, will be sanctioned by the Court. Then, a family – which no one claims is guilty of any wrongdoing – will find its home reduced to nothing more than a dusty pile of rubble, or perhaps poured full of concrete. Mission accomplished: People innocent of any crime will no longer be able to inhabit their home. Ruins of home of Shaker Ja’abis, his wife and their four children, destroyed in the demolition of his brother’s home, one flight up. Photo by ‘Amer ‘Aruri, B’Tselem, 6 October 2015.

Here, though, are some words that do not follow procedure, for a change: “Punitive” house demolition is organized barbarity, because it metes out vengeance on the innocent. The individual who killed Israeli civilians will be tried and put away for many years, unless of course he was killed in the course of the attack or was lynched thereafter. Once the home he lived in is demolished, the lives of his family are ruined as well, notwithstanding the fact that they have neither been accused of anything nor found guilty of any wrongdoing. Moreover, house demolitions can get the Court’s stamp of approval – which is provided, needless to say, only after the requisite due process – even when the perpetrator is no longer among the living.

A case in point: Earlier this month, Israeli authorities blew up a home in Jabal Mukkaber, in East Jerusalem. The home was that of Nadia Abu al-Jamal, the widow of Ghassan Abu al-Jamal, who on November 18, 2014, killed and wounded Jewish worshippers in a synagogue in the West Jerusalem neighborhood of Har Nof (including Haim Yehiel Rotman who succumbed to his injuries last Saturday night, nearly a year after the attack), before being killed in a gunfight with police. The widow and her children had already left their home, after the High Court had okayed its demolition as well as their deportation from East Jerusalem in July.

The force of the blast demolished a neighboring apartment on the same floor. It belonged to Ghassan’s brother, who lived there with his wife and three children. This happened despite the state’s pledge to the Court that it would “do all in its power to minimize the likelihood of any damage to nearby apartments,” a pledge given in response to a petition filed (and as always, rejected) on behalf of the family by the NGOs HaMoked: Center for the Defense of the Individual and Addameer, a Palestinian human rights organization.

Over the years, Israel has accelerated or reduced the rate of demolitions, according to considerations of its own. In 2005, house demolitions were discontinued after a military committee found them to be a measure of questionable effectiveness, a policy whose disadvantages outweigh its advantages. Yet debating the issue in terms of its “effectiveness as deterrent” is like debating the pros and cons of lynchings. Were a learned committee in the security establishment to find that the latter “security innovation” acts as a deterrent, would it be even remotely thinkable to contemplate this horror?

Be that as it may, in July 2014, after the abduction and murder of three yeshiva students in the West Bank, Israel decided to reinstate the demolition policy. Since then, it has demolished or sealed nine more homes or residential units.

Thomas Jefferson reportedly said, “If a law is unjust, a man is not only right to disobey it, he is obligated to do so.” Yet “unjust” fails to convey the enormity of organized state violence that the policy of home demolition embodies. This policy gets a legal stamp of approval time and time again from all levels of the legal system in Israel. This is what “the rule of law” of the occupation regime looks like: the prime minister will approve, the military commander will sign the order, the court will reject the appeal, the house will become a pathetic pile of rubble, and the crowds will cheer. And Heaven forbid that we harm any aspect of due process, for in the delivery of such swift justice, arguing over the technicalities of procedure must come above all else. 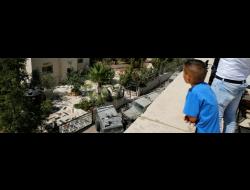 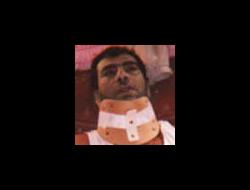