Video footage shows that Binyamin Brigade Commander shot and killed Muhammad 'Ali-Kosba, 17, while the youth fled after throwing a stone Commander of the Binyamin Regional Brigade, Col. Yisrael Shomer, shot and killed 17-year-old Palestinian Muhammad 'Ali-Kosba on the morning of Friday, 3 July 2015, in the West Bank town of a-Ram north of Jerusalem. OC Central Command, Maj. Gen. Roni Numa, stated that he “fully backed the brigade commander and the way he handled the incident, in which the force was faced with real mortal threat.” Various Israeli politicians issued statements of support for Col. Shomer and for his actions in the incident.

B’Tselem investigated the incident by gathering several eyewitness accounts and analyzing video footage from a surveillance camera, as well as documenting the body and consulting the physicians who treated the injured youth at the Ramallah hospital. The investigation found that at approximately 6:30 A.M., Col. Shomer’s military vehicle drove west along the road from Jaba’ to Qalandia Checkpoint. As the vehicle approached the junction, Muhammad 'Ali-Kosba ran towards it, threw a stone from a short range at the window screen, which shattered, and then fled from the spot.

In the video footage, the vehicle is seen stopping at the junction immediately after the stone is thrown. Two soldiers emerge and begin pursuing the fleeing teenager. A third soldier is seen waiting near the vehicle. No further stone throwing is seen. The rest of the pursuit and the shooting occur outside the surveillance camera’s field of vision and are therefore not visible. According to several eyewitnesses, Col. Shomer shot 'Ali-Kosba from a distance of some ten meters and then went up to him and moved him with his leg. Then, instead of obtaining medical aid for the injured youth, the soldiers drove off. The surveillance footage shows the two soldiers returning to the camera’s range some thirty seconds after the incident began, getting into the jeep and driving away. 'Ali-Kosba was carried away in a private car and later transferred to a Red Crescent ambulance. He was clinically dead when he arrived at the hospital in Ramallah, where he was pronounced dead. B’Tselem sent the video footage to the Military Police Investigations Unit (MPIU).

A B'Tselem processed version with the area of the incident enlarged:

The raw footage from the video copy provided to B’Tselem

On the day of the incident, the IDF Spokesperson’s Unit stated that the Col. Shomer’s vehicle was attacked by Palestinians who threw large rocks at it. Col. Shomer felt in mortal danger and carried out suspect-arrest procedure. B’Tselem’s investigation found that the shooting that killed 'Ali-Kosba was unjustified and unlawful, and that the official version presented did not accord with the facts of the incident.

'Ali-Kosba sustained three bullet wounds to his upper body: one bullet hit the side of his face and two struck him from behind. The location and entry points of the injuries corroborate the details provided by the eyewitness accounts and by the video footage, according to which he was shot in the back while running away from the soldiers.

The claim that 'Ali-Kosba posed a mortal threat to the soldiers at the time of the shooting, having fled the scene, is unreasonable. There is no doubt that the shattering of the jeep’s front window with a stone endangered the passengers when it happened. However, 'Ali Kosba was shot in the back after the fact, when he was already running away and posing no “mortal threat” to the soldiers. Feeling a sense of danger is not enough to justify any action.

The IDF Spokesperson also noted that Col. Shomer carried out suspect-arrest procedure. Yet this claim contradicts both the first claim, that 'Ali-Kosba posed an immediate threat, and the facts of the case: military open-fire regulations permit shooting at the legs of a suspect in order to facilitate his arrest. They do not permit killing him by firing three shots at his upper body. The fact that the soldiers drove away without offering the injured youth any medical assistance runs counter to basic human morality. It is also a breach of military regulations, which require soldiers to ensure to the extent possible that persons injured by shooting receive medical assistance.

In this case, the shots were fired by the senior regional commander, who received immediate support for his action by the OC Central Command and several government ministers. These statements of support compounded the gravity of the event, as top military and civilian officials conveyed an unlawful message to soldiers on the ground: shooting a Palestinian stone thrower is acceptable, even desirable, even if the person is fleeing and no longer poses a threat. Such statements by top public figures empty the official restrictions on use of force, and particularly on live fire, of real meaning. They render the open-fire regulations that supposedly govern the use of lethal force in the West Bank utterly superfluous.

The MPIU did launch an investigation into the incident, as is now standard practice in most incidents in which soldiers kill unarmed Palestinians in the West Bank. However, given the automatic public support provided to the shooter, including reassurance that no fault was to be found with his actions, it is highly doubtful that the MPIU could carry out an effective, unbiased investigation. Added to unit’s well-documented poor track record of investigating the killing of Palestinians by soldiers, these circumstances voided from the outset the possibility of justice. 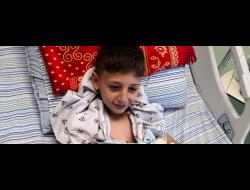 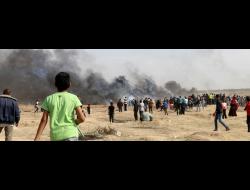