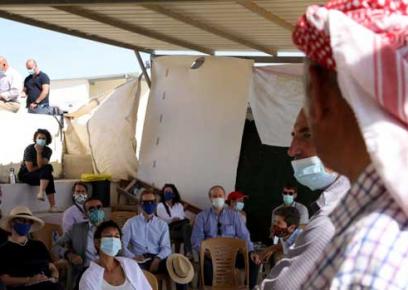 The diplomats tour today. Photo by: B'Tselem\Breaking the Silence

The representatives of 17 countries, including EU members as well as other countries, are currently visiting Palestinian communities in the South Hebron Hills, whose residents Israel is seeking to expel. Since 2000 the residents have been waging a legal struggle in Israel's High Court of Justice. Last August, before the last hearing in the case, the Akevot Institute for Israeli-Palestinian Conflict Research revealed a document that proved what was already clear: Israel had declared the area a firing zone to facilitate the expulsion of its residents. The judges ignored that information and the residents are currently awaiting their ruling. 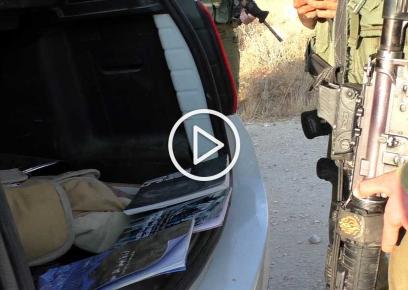 Life under occupation: B’Tselem field researcher stopped at checkpoint over B’Tselem reports in his car

On 4 August 2019, Israeli soldiers stopped B’Tselem field researcher Nasser Nawaj’ah at a military checkpoint near the Palestinian village of Khirbet Susiya, the South Hebron Hills, when they saw he had B’Tselem reports in his car. One of the soldiers at the checkpoint claimed that they had to obtain confirmation that the reports do not constitute incitement material. About 10 minutes later, after the soldiers consulted with their superiors, Nawaj’ah was allowed to go. 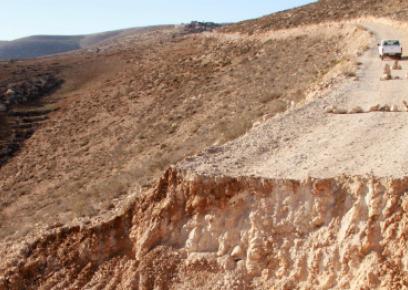 A Palestinian car pulls away from a ditch dug by the military to block a road leading to Masafar Yatta. Photo: Nasser Nawaj'ah, B'Tselem, 26 December 17

Since Nov. 2017, the military has imposed harsh travel restrictions on the residents of Masafer Yatta in the South Hebron Hills. After residents removed roadblocks, ditches were dug to almost entirely prevent travel in and out of the area. Residents now have to walk long distances on foot, sometimes in rough weather, or suffer damage to private cars that cannot, in any case, transport bulk goods. This is another aspect of the Israeli authorities’ harassment of these Palestinians for decades, to pressure them to leave the area. 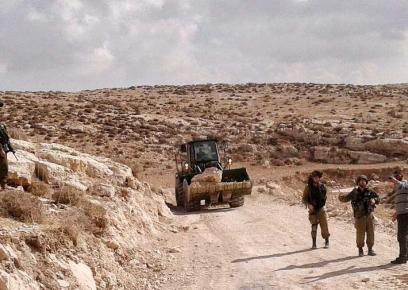 Since 9 Nov. 2017, the military has restricted movement in four communities in the Masafer Yatta region of the South Hebron Hills, which are home to some 600 people. The roads connecting the communities and leading to the main road have been blocked off, forcing residents to walk a fair distance to the main road. These communities have been suffering incessant harassment for decades: Israel will not allow them to connect to infrastructure and repeatedly demolishes their homes, in an attempt to drive them out of the area. 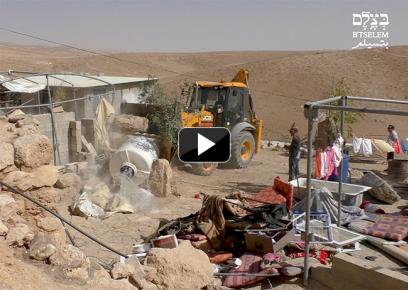 This morning, 19 October 2017, at 10:30 AM, Civil Administration officials together with a military detail, arrived at the community of Khirbet al-Halawah, in the Masafer Yatta region in the south Hebron Hills. The forces demolished the homes of two families, leaving 18 people, including eight minors, homeless. The demolition was captured on video by B’Tselem field-researcher Nasser Nawaj'ah. Residents in the area have been victims of repeated harassment by the Israeli authorities, who declared a large part of the area as a firing zone in the late 70s, and have been working to expel residents ever since. 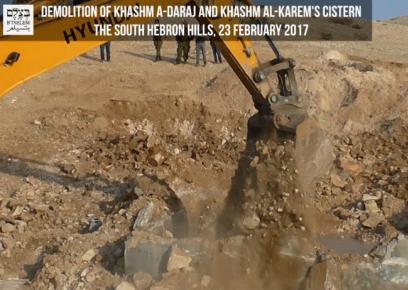 A Civil Administration bulldozer demolishing a water cistern in the community of Khashm a-Daraj-Khashm al-Karem in the South Hebron Hills on 27 Feb. 2017. Still from video.

In Jan. and Feb. 2017 Israeli authorities demolished water supply infrastructure in two West Bank areas. In the southern West Bank: 8 cisterns used by farmers and shepherds. In the Jordan Valley: authorities twice demolished a pipe supplying water to three small farming and shepherding communities. Since occupying the West Bank 50 years ago, Israel has controlled most of its water resources and ignored the severe shortages suffered by local Palestinian communities. It promotes only infrastructure that serves settlers, and demolishes facilities developed by Palestinians in Area C, in order to force them out of the area. 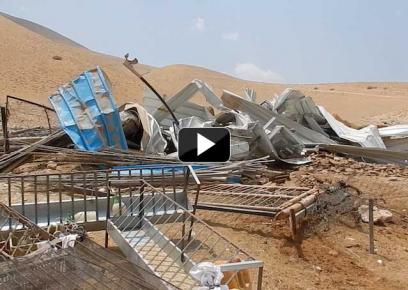 This month, Israel demolished 20 homes and 13 other structures in Palestinian communities throughout the West Bank, leaving 53 people – including 25 minors – homeless. In 2016, thus far, Israel has demolished 188 Palestinian homes on grounds of “lack of permit”, the highest number since 2006. This is part of an Israeli policy to step up demolitions, implemented although Israel is formally engaged in “structured dialogue” on the matter with the European Union and despite recent international condemnation in the Quartet Report. 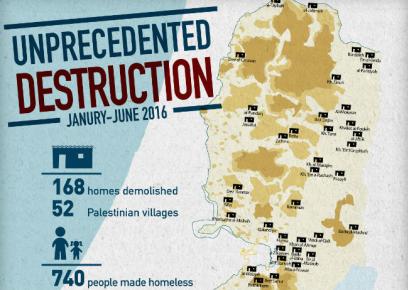 B’Tselem information showing Israel demolished more homes in Palestinian communities in the West Bank in the first half of 2016 than in the entire previous year will be presented today at a Knesset conference on Israel’s Area C house demolition policy. From January to the end of June 2016, the Civil Administration demolished 168 homes, leaving 740 Palestinians homeless, 384 of them minors. Throughout 2015 the Civil Administration demolished 125 homes, leaving 496 Palestinians, including 287 minors, homeless. Over the last decade, from 2006 to 30 June 2016, Israel demolished at least 1,113 Palestinian homes in the West Bank (excluding East Jerusalem). 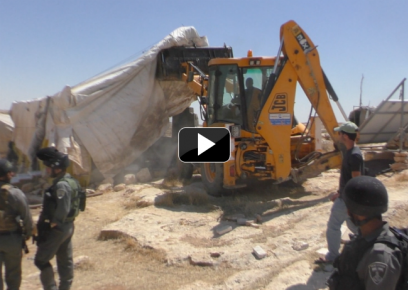 Razed to the ground: Israel steps up demolition of Palestinian homes in Area C

In Jan.-June 2016, Israeli authorities demolished 168 dwellings in Palestinian communities in the West Bank, making 740 people homeless (incl. 384 minors), more than in any one year in the past decade (except 2013). Demolitions are carried out only in Area C, which comprises about 60% of the West Bank, and which Israel views as primarily meant to serve its own needs, and in East Jerusalem. Demolitions play a key role in Israeli policy in the West Bank to displace Palestinians and take over their land. Demolitions and devastating communities do not fulfill “the rule of law”. Rather, they are a longstanding, systematic dispossession to which all Israeli authorities are party. 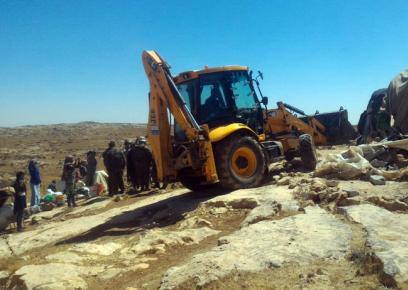 Today, Sunday, 19 June 2016, Civil Administration and military forces came to the Palestinian community of Wadi Ejheish, which is known as “south Susiya” as it lies some five kilometers south of the village of Khirbet Susiya. The forces demolished the homes of two families that number 21 people in total, including four women and 14 minors. The forces also demolished two livestock pens. One of the demolished homes had been donated by a humanitarian aid agency.