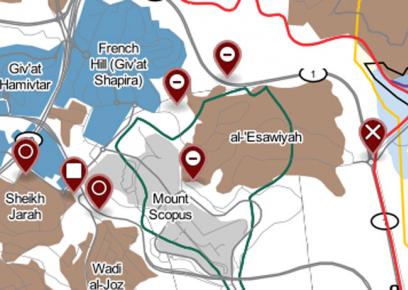 Since 14 Oct. 2015, security forces have implemented the closure policy approved by the Israeli cabinet. Thirty-five checkpoints and concrete roadblocks have been placed at entrances to villages and neighborhoods in East Jerusalem and on internal roads, severely disrupting the lives of some 300,000 Palestinian residents. This constitutes the prohibited collective punishment of a population that lives under occupation and suffers ongoing violation of its rights. The vast majority of this population is not involved in attacks against Israelis. 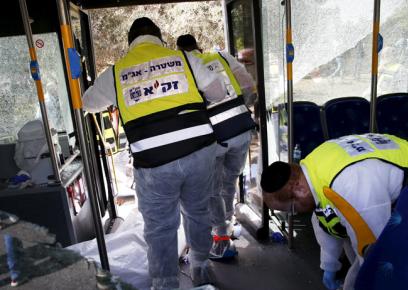 Emergency personnel at site of this morning’s shooting attack on a bus. Photo by Ronen Zvulun, Reuters, 13 October 2015

In view of mounting violence, B’Tselem expresses its deep shock at the contempt for human life and strongly condmens it; while individuals are responsible for their own actions, the government bears responsibility for the reality of the Occupation

The Occupation is now in its 49th year. Recent weeks have seen dozens of horrific attacks on Israelis by Palestinians. Israeli government officials have been calling explicitly to “shoot to kill”; hundreds of Palestinians have been injured and several killed in demonstrations. B’Tselem reiterates its condemnation of attacks against civilians. The government sees the current violence as an eruption of hatred that occurred in a vacuum, while rejecting any responsibility of its own for the situation. Yet recent events cannot be viewed in isolation from the ongoing oppression of 4 million people. 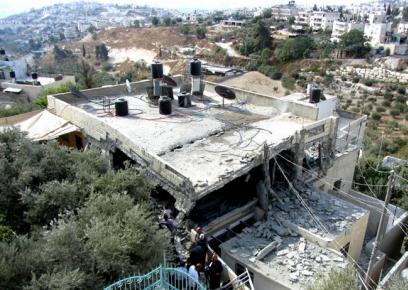 Authorities Oct. 6 demolition of two flats and sealing of another in East Jerusalem as collective punishment for attacks by occupant’s relatives left 13, including 7 children, homeless. Most did not live in the units slated for demolition. A policy of demolition attackers’ family homes is collective punishment - prohibited under IHL. Despite widely held legal experts’ opinion that this radical measure is unlawful, the HCJ repeatedly approves it. Demolishing or sealing a home is a draconian measure targeting entire families who have done nothing and are suspected of nothing. 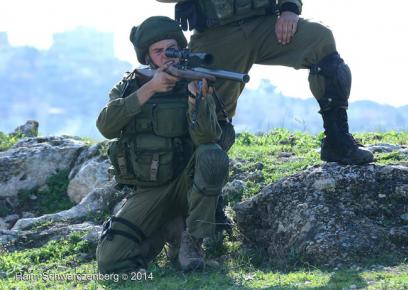 Israeli PM is reportedly seeking clearance to use live fire against stone-throwers in East Jerusalem after an incident in which a Jerusalem resident was killed following suspected stone-throwing. The move would allow police to use potentially lethal Two-Two bullets. A police plan to use assault dogs and collective punishment against East Jerusalem residents was reportedly approved. The authorities must keep the peace and protect residents, but their approach unlawfully and immorally ignores deep-seated discrimination and human rights abuses in East Jerusalem, while using increasingly violent measures against residents there. 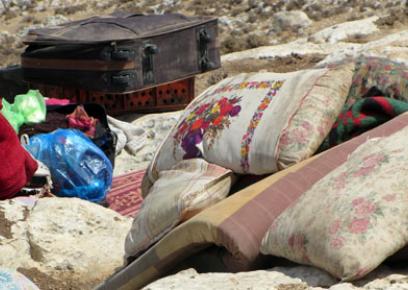 A family's possesions on the ground in the Palestinian community of al-Khdeirat this morning. Photo: 'Amer 'Aruri, B'Tselem

The data we released regarding the demolition that took place on 31.8.2015 at the Al-Khdeirat Bedouin community contained numerous essential errors. Following is the correct data : The Civil Administration and the military demolished 15 structures, ten of them were residential, and five were used for livestock, not twenty five, as we originally said. Click to view full data. 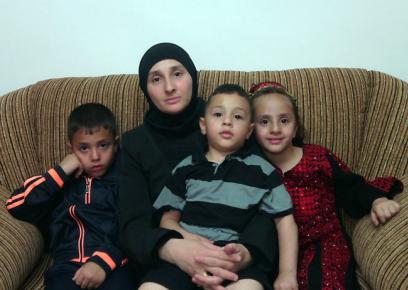 Nadia Abu al-Jamal and her children. Photo: courtesy of the family

On 22 Jul. 2015 the HCJ okayed deportation of Nadia Abu al-Jamal and her 3 children from their E. J’alem home as punishment for an attack her husband perpetrated. The justices denied the petition filed by NGO HaMoked: Center for the Defence of the Individual on behalf of Abu al-Jamal. Deportation would not have been possible had not successive Israeli governments, with the approval of the HCJ, created an impossible reality in Jerusalem that forced Abu al-Jamal to live as a stranger in her husband’s home, in a spot not far from her childhood home. The two homes had been a part of the same community until Israel occupied the area and split it up. 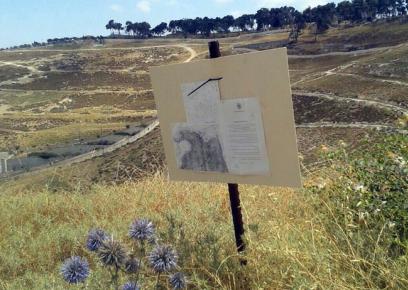 One of the orders posted in the area. Photo: Muhammad Abu Hummus, resident of al-‘Esawiyah, July 2015

In Sep. 2014 Israel’s National Planning and Construction Committee appeals sub-committee said plans for the Mt. Scopus Slopes National Park could not be approved without considering the needs of the neighborhoods whose development would be curtailed by the park, and returned it to the District Committee for reconsideration. In July 2015, with a new decision still pending, the Jerusalem Municipality posted “Landscaping Orders for a Vacant Lot” – normally used for small public gardens – for the 70 hectares slated for the park, aiming to block any possible development in the neighborhoods. 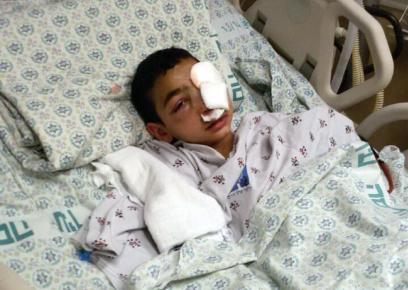 On 21 May 2015, Yihya al-‘Amudi, 10, lost his eye after being hit by a black sponge round fired at him by an Israeli Border Police officer. This ammunition, used by the police since last year, does not cause severe injury if used according to regulations. However, ACRI has documented numerous instances in which sponge rounds were fired contrary to regulations, resulting in injuries to individuals not involved in clashes and killing one 15-year-old. Lack of accountability for wrongful firing makes the next lethal incident only a matter of time. 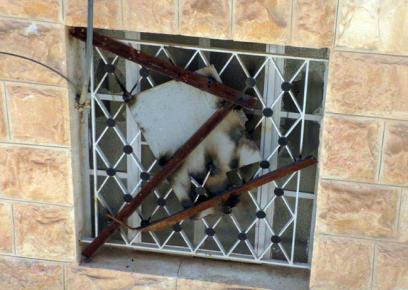 On 1 July , the police sealed the home of ‘Udai Abu al-Jamal, one of the perpetrators of the Har Nof synagogue attack last November. His family received a demolition order two days after the attack, and a petition filed by HaMoked to stop it was rejected. Sealing a home is a draconian, vindictive measure taken against an entire family, suspected of nothing. 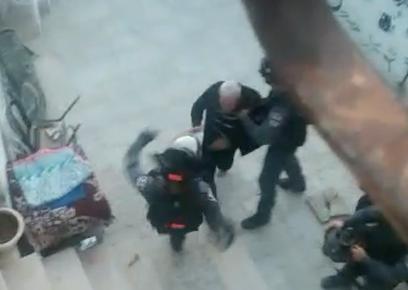 On 2 June 2015 the Jerusalem Municipality bulldozers with police escort, arrived to the Abu Khaled family home in Silwan, to demolish two apartments built by the family. The family had no choice but to build without a permit since Jerusalem Municipality policy is to deny permits to residents of this and other Palestinian neighborhoods. One family member climbed to the roof to try to prevent the demolition. He was pepper-sprayed, forcibly taken off the roof, and arrested by the police. Relatives who demanded his release were also attacked with pepper-spray and physical violence. City workers demolished the two apartments.