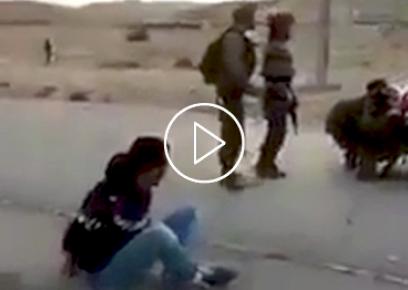 Israeli soldiers use a Palestinian man, ‘Abd a-Rahim Gheith, as human shield during clashes in Jericho

On 9 March 2018, during clashes between Palestinian youths and soldiers in Jericho, soldiers detained passer-by ‘Abd a-Rahim Gheith and commandeered his car, hiding behind its doors while firing at the demonstrators. Gheith was handcuffed and made to sit on nearby for some two hours. He sustained multiple injuries from stones thrown at the soldiers, his car was damaged and he required hospital treatment. This instrumental use of a passer-by, at real risk to his life, illustrates the routine abuse of military power that is West Bank reality. 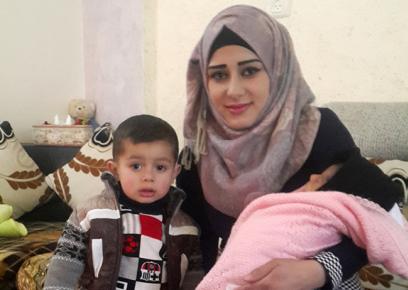 In Jan.-Feb. 2017, large numbers of troops entered homes at night in two villages in the Nablus District, waking whole families. In Beit Furik, they made one home into a temporary interrogation facility; in Burin, they forced young men to serve as human shields. This is yet another example of how the military abuses its power to disrupt the lives of Palestinians accused of no wrongdoing, invading their privacy and intimidating them. Israel’s security forces broadly abuse their authority, citing flimsy security considerations, to justify frequent, random raids on homes. 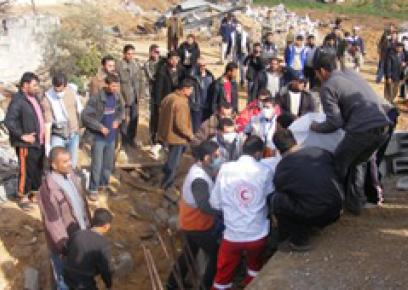 Removal of the bodies at the end of Operation Cast Lead from the ruins of the house where soldiers had gathered the a-Samuni family. Photo: Muhammad Sabah, B'Tselem, 18 Jan. '09.

After the operation B'Tselem wrote to the MAG Corps demanding investigations of the Military Police Investigation Unit (MPIU) into 20 incidents that had taken place during the operation. In each of the incidents, B'Tselem's field research raised serious suspicions that military actions had harmed unarmed, uninvolved civilians, in violation of international humanitarian law. View list of cases and investigations status

Israel and the Palestinians must assist the UN mission

B'Tselem welcomes the appointment of the jurist Richard Goldstone to head the fact-finding mission, called for by the UN Human Rights Council, to investigate the recent fighting in Gaza. Particularly welcome is the delegation's mandate, which covers violations of international humanitarian law by both sides, in the Gaza Strip and in Israel.

Chief of Staff censures Brig.-Gen. Golan for use of human shields

The JAG ordered the investigation following reports, some by B'Tselem, and following the High Court's ruling prohibiting the use of human shields.

Testimony: A Palestinian injured in the course of being used as a human shield

According to Majd Ghanem's testimony, the soldiers ordered him to search his neighbor's house, and later forced him to sit in the road next to their jeep. When Palestinians opened fire at the jeep, the soldiers refused to let him in or allow him to escape the crossfire.

During the army's operation in late February, soldiers ordered two children, a fifteen-year-old boy and a eleven-year-old girl, to walk in front of them as they searched houses in the old city of Nablus.

State Attorney's Office filed an application for a rehearing. Minister of Defense Shaul Mofaz stated that he wanted to appear before the court and explain the importance of the procedure.

Court forbids use of human shields

This morning, the Israeli High Court of Justice ruled that it is illegal to use Palestinian civilians in military operations. The decision was handed down in response to a petition filed in 2002 by a coalition of human rights organizations.