Hebron, 25 June 2020: Soldiers order Palestinian to strip; one aims loaded gun at woman and children and threatens to shoot bystanders

On Thursday , 25 June 2020, at around 12:30 P.M., Walid Ghazal was walking through a-Zahed Street in central Hebron on his way to work in a clothes shop when, for no apparent reason, five soldiers patrolling the neighborhood ordered him at gunpoint to stop and undress. Ghazal took off his shirt and remained in an undershirt, but one of the soldiers pointed his rifle at him and ordered him to remove the rest of his clothes. Ghazal asked to undress in a hidden corner or inside a shop, but the soldiers refused and insisted that he strip in the middle of the street.

On Thursday, 25 June 2020, at around 12:30, as I was passing through the a-Zahed neighbourhood on my way to work, five soldiers  stopped me. One of them ordered me to strip. I took my jacket off and stayed in an undershirt. But the soldier started shouting at me, pointed his weapon at me and demanded that I take my undershirt and pants off, too. I refused and told him it's forbidden to undress in the street. I suggested we go to a place without people or inside a store. The soldier refused and insisted that I take my clothes off in the middle of the street.

At that point, neighborhood resident Muhammad Abu Hayah (41) and Faraj a-Natsheh (51), who owns a store on the street, came outside. They asked the soldiers to leave Ghazal alone and called out to him not to obey them.

At around 12:30 P.M., I was sitting with Faraj a-Natsheh in his shop, drinking coffee. At one point, I went to my car to get cigarettes and saw several soldiers surrounding a young guy in his twenties. He was standing on the street and the soldiers were pointing their weapons at him and ordering him to undress. He took his shirt off and stayed in his undershirt , but the soldiers shouted at him to take his pants off, too. Faraj came out of the shop and started yelling at the soldiers and calling out to the guy not to obey their order.

I heard the soldiers shouting in Hebrew, which I understand a little, and realized they wanted him to strip completely. I started filming and called out to him not to do as they said, too.

At that point, Khamis a-Natsheh (30), a relative of Ghazal's, passed by carrying groceries. He spoke with the soldiers in Hebrew and explained that tradition prohibits undressing in public. He also handed Ghazal his shirt back. A few minutes later, Khamis a-Natsheh's wife arrived with their daughters and wanted to take the shopping bags, but one of the soldiers shouted at her to leave. After a short argument, the soldier cocked his weapon and threatened to shoot her if she did not move back.

At around 1:00 P.M., a military jeep arrived. Several soldiers got out and spoke with the soldiers involved in the incident. Some of them then explained to the residents that the search had to be conducted on the street because of the coronavirus. Ghazal stood by his refusal to undress, and the soldiers led him on foot to the police station in the settlement of Kiryat Arba. They also ordered all the residents on the street, including Khamis a-Natsheh, to clear the area.

Meanwhile, Ghazal's parents arrived. They accompanied their son to the police station and on the way, the mother informed the soldiers she had the coronavirus and that her son might be sick, too. She told them he had been tested and was awaiting the results. The soldiers ignored her and continued to lead Ghazal toward the station. There, they allowed his father to go in with him, but not his mother. Several minutes later, the soldiers ordered the father to leave. They told Ghazal to wait in the yard, where he was detained for three hours. He was later released without any charges.

The next day, at around 1:30 P.M., the same group of soldiers passed by Faraj a-Natsheh's store. One of them hurled a tear-gas canister and it fell by the entrance. A-Natsheh was in the store at the time. Several minutes later, neighbors found him lying unconscious and called an ambulance that took him to hospital.

I was sitting in my store at around 1:30 P.M when I saw the same soldiers pass by. One of them threw a tear-gas canister towards the front door and the gas started spreading. I couldn't get out because of the gas. I started choking and fell down. Then I blacked out. I woke up in the 'Aliyah Governmental Hospital and found out that neighbors had called an ambulance that took me there. It was still hard for me to breathe. I was there for three hours and then they discharged me. I think the soldiers were paying me back for telling the young man not to undress the day before.

This case is not exceptional. It is yet another instance of the violent routine so familiar to residents of Hebron and to all Palestinians in the West Bank. Part of this routine is daily violence at the hands of Israeli security forces, including physical assaults, threats, insults and humiliation, repeated raids on homes (usually at the dead of night), and false arrests of both minors and adults on the street or at home. Israeli officials often cite false security concerns to justify this conduct; sometimes, they do not even bother to provide a pretext. Either way, the routine violence and subsequent whitewashing by law enforcement authorities have long since become integral to the occupation; indeed, it is doubtful the occupation could persist without them. 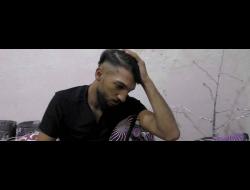 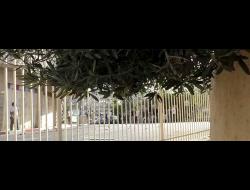 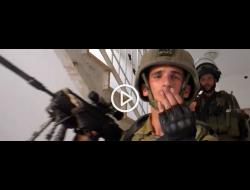