Since launching its latest offensive on the Gaza Strip, Israel has bombed dozens of structures, including apartments, offices, government facilities and businesses, as well as civilian infrastructure such as roads. In addition to airstrikes against high-rises – reducing some to rubble – that housed offices, homes and TV stations, Israel has bombed the homes of Hamas commanders and of other Gaza residents, killing dozens of people.

International humanitarian law places restrictions on the parties engaged in hostilities and defines what may – and especially what may not – be done as part of the fighting. Among other things, it limits attacks strictly to military objectives. These objectives are defined in Article 52(2) of the first Protocol Additional to the Geneva Conventions, which is universally binding. According to the article, “military objectives” are defined by two cumulative criteria:

1. They make “an effective contribution to military action”.

Ascertaining whether an attack meets the criteria requires information about the actual use of the bombed structure. Legitimate military objectives listed in the relevant literature include military structures, arms depots and means of transportation that serve the fighters. If only part of the structure meets the criteria for a military objective, the rest of the structure is still considered a civilian object and may not be attacked. In any case of doubt regarding the use of a particular structure, it is considered a civilian object.

Over the course of the current fighting, the Israeli military has not provided justification for all the attacks, nor has it stated the connection between the structure it targeted and specific military activity carried out within it. Instead, in almost all cases, official statements have made do with general claims of hitting “Hamas terror infrastructure”, “combat operation infrastructure” and so on.

Without concrete information regarding the effective contribution of every one of the targeted structures to military action, and the definite military advantage its destruction is expected to give Israel, it is impossible to ascertain the lawfulness of every airstrike carried out in recent days. What can already be determined is that bombing homes only because senior Hamas members live in them does not meet the criteria laid out in international humanitarian law. Also, claiming that a structure was used for intelligence activity or that orders to attack Israel were issued from a particular apartment within it is not enough to establish the legitimacy of a strike against the structure. Establishing the lawfulness of the attack requires knowing exactly what was hit – other than the structure itself – and how that offers a definite military advantage. Clearly, attacks carried out in order to demoralize residents, and spur them to pressure the government, or purely for retaliation – are unlawful.

Israel has tried to justify some of the attacks by claiming it did everything in its power to avoid harm to civilians – by giving them advance warning to evacuate the premises. However, whether or not civilians were harmed is a separate question. If an object is civilian, attacking it is unlawful even if not a single person is killed.

In previous rounds of fighting, Israel applied a broad interpretation – extending beyond the criteria cited above – to the definition of a legitimate military objective: in Operation Cast Lead in December 2008-January 2009, in Operation Pillar of Defense in November 2012, and in Operation Protective Edge in the summer of 2014. Despite the horrifying, lethal consequences of intentionally bombing civilian objectives – which constitutes a war crime – Israel has never been held accountable, or forced to pay any price, for implementing this policy.

This reality will change only when the international community intervenes and uses its leverage to force Israel to change course, before this policy takes a toll on even more lives.

More on the May 2021 fighting in Gaza 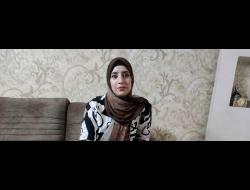 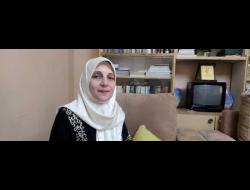 Testimony of Rima Judah (50), a mother of four who lived with her family in the tower, about losing her home 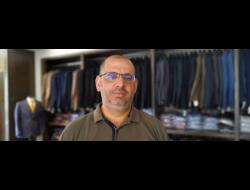 Testimony of Husam Mahdi (47), a father of five who lived with his family on the tenth floor of the tower, which was partly owned by his father, about the day the tower was bombed
