5 April '11: Beyond Goldstone: A truer discussion about Israel, Hamas and the Gaza conflict

The word Goldstone has entered the modern Hebrew lexicon as shorthand for anti-Israel bias and the deterioration of Israel’s international position. When the fact-finding U.N. mission headed by Judge Richard Goldstone released its report into Operation Cast Lead in the Gaza Strip 18 months ago, it seemed as if the world divided into two camps. There was the pro-Goldstone camp, arguing that Israel had committed war crimes in Gaza and must be held accountable; and there was the anti-Goldstone camp, which insisted that the report was nothing less than a blood libel against the Jewish state. Everyone had to pick sides.

Where did that leave me? B’Tselem, the organization I lead, had extensively documented Operation Cast Lead and was pushing hard for domestic accountability. So we worked to leverage what was positive about the Goldstone Report — particularly the central recommendation that both Israel and Hamas must investigate the grave allegations and hold accountable anyone found responsible for violating the laws of war. But it was impossible to ignore some glaring problems with the report, particularly the conclusions regarding Israel’s intention to harm Palestinian civilians and what appeared to be different standards to prove Israel’s crimes and those of Hamas.

Now Goldstone himself acknowledges that the report was flawed. In a Post op-ed that has created a media storm, he conceded that Israel did not willfully target civilians as a matter of policy. Yet the column, while acknowledging that Israel has opened criminal investigations into the allegations raised, by no means absolves Israel of all the grave allegations regarding its conduct, as official spokespeople rush to conclude.

In the operation, according to rigorous research by B’Tselem, Israel killed at least 758 Palestinian civilians who did not take part in the hostilities; 318 of them were minors. More than 5,300 Palestinians were injured, over 350 of them seriously. More than 3,500 houses were destroyed, and electricity, water and sewage infrastructure was severely damaged. In many ways, the Gaza Strip has yet to recover from the unprecedented destruction this operation wrought.

The extent of the harm to civilians does not prove that Israel violated the law. But Israel has yet to adequately address many allegations regarding its conduct, including: the levels of force authorized; the use of white phosphorous and inherently inaccurate mortar shells in densely populated areas; the determination that government office buildings were legitimate military targets; the obstruction of and harm to ambulances.

Of course, as Goldstone wrote Sunday, this is far more than Hamas has done to investigate its crimes. And that is perhaps the most disturbing aspect of Goldstone’s opinion piece and the Israeli spin of it: the measuring of Israel against Hamas. Israel did not willfully target civilians; Hamas did. Israel initiated investigations; Hamas did not. When the bar is set so low, Israel easily clears it.

The Goldstone Report’s shortcomings contributed to a polarization that left little room to address the complexity of the issues involved. The Israeli army was either a gang of criminals or the most moral army in the world. Operation Cast Lead was either flawlessly executed or a crime against humanity. Goldstone’s op-ed presents an opportunity to break down these false dichotomies and generate a more nuanced understanding of the operation, both in the domestic Israeli discourse and among the international community.

It is therefore regrettable that the Israeli government and many in the media have portrayed Goldstone’s op-ed as a retraction of everything in the 575-page report. “The one point of light,” Gabriela Shalev, former Israeli ambassador to the United Nations, said of Goldstone’s op-ed, “is that if we have to defend ourselves against terror organizations again, we will be able to say there is no way to deal with this terror other than the same way we did in Cast Lead.”

Shalev’s words make chillingly clear that this debate is not only about the past but also about the future. For this reason it is vital that we move beyond the slogans and soundbites around Goldstone. Instead, we must honestly discuss how to ensure genuine accountability for past wrongs, full respect for international humanitarian law and protection for civilians in any future military operations. 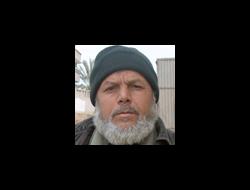 Testimony: A-Shteiwi family besieged in their house under shelling for 12 days, Jan '09

Testimony: Wiam al-Kafarneh, 3, is severely injured when the army shells her house and dies the next day, Beit Hanun, Jan. '09