On Friday, 5 February 2021, at around midday, three young Palestinians from al-Jalazun Refugee Camp paid a visit to a friend in the town of Silwad, northeast of Ramallah. At around 6:30 P.M., the host drove his three friends back to the southern entrance to the town, so they could wait for a taxi to take them back to the camp. While they were waiting, a military jeep drove up and the three young men ran towards the town.

The jeep stopped at an intersection and four soldiers got out. They hurled two stun grenades at the young men and called them to stop. The three men hid behind a car parked by the roadside about 20 meters away from the soldiers, who had already opened live fire at them. They began to cross to the road and then two were hit by bullets – H.R. (25) in the hand and ‘Ata Sabah (Sharakah) (22) in the buttock. After the shooting, several young Palestinians from the town came to the intersection at the entrance to Silwad. They started throwing stones at the soldiers, who had meanwhile been joined by about four other soldiers. The forces hurled stun grenades and fired tear gas canisters at the young men and fired shots in the air.

There is no way to justify the shooting of Sabah and his friend – who were shot while fleeing from the soldiers, without posing a risk to the soldiers or to anyone else. This case is no aberration, but rather another expression of Israel’s open-fire policy in the Occupied Territories. Since early January 2017, Israeli security forces have killed 124 Palestinians in the West Bank, 31 of them minors. Many were killed without justification, while not endangering the lives of security forces or of any other person. According to UN figures, Israel security forces wounded 1,031 Palestinians with live fire during that time. This policy will continue as long as it is clear to those responsible for it – including the officers who brief the troops and the legal advisors who sign off on it – that they will pay no price for its implementation.

The testimonies were collected by B’Tselem field researcher Iyad Hadad.

J.H., a resident of Silwad, was visiting relatives who live by the town entrance. When he heard the stun grenades exploding, he went out to the porch. In a testimony he gave on 7 February 2021, he described what he saw:

I went out to the porch and saw a military vehicle in the middle of the intersection and four soldiers firing intensively at two or three young guys, who were running away from them and trying to hide behind a car parked by the roadside. Then the guys tried to run across the road to the other side. They were no more than 20 meters away from the soldiers. One of the soldiers went down on one knee in a sniping position and opened fire at the guys. He hit one of them, who was behind the others and fell over. The soldiers ran after him shouting, “Stop, stop,” but he got up and jumped into a car that drove away. The car drove into the town and the soldiers fired two or three shots and a tear gas grenade at it, but the driver didn’t stop and managed to get away.

The soldiers stayed there, and some young guys from the town showed up and started throwing stones at them. The soldiers fired tear gas canisters and rubber-coated metal bullets, as well as several live shots in the air. It lasted about an hour or an hour and a half, and then the young guys scattered.

On Friday, 5 February 2021, at 3:00 P.M., I took a taxi to Silwad with two friends from the camp, to have lunch with a friend in honor of his release from prison. We ate and everyone was happy. At 6:00 P.M. we decided to head back and I called the taxi driver who’d driven us and asked him to meet us at the southern entrance to Silwad. Our friend drove us to the town entrance. We waited there for 10 minutes by a beverage stand, but the driver didn’t show up. I called him and he said he was stuck at a checkpoint before the military camp outside the settlement of Ofra. There really was no traffic coming from that direction. While I was on the phone with him, I saw three cars driving from al-Mazra’ah a-Sharqiyah towards Ofra. I asked the taxi driver to see if they got through the checkpoint because if not, we might decide not to wait for him and take another taxi.

I’d just finished the call when a car drove up came from the direction of the camp. I wanted to signal the driver to stop so I could ask him about the checkpoint and make sure the taxi driver was right. I started waving at him, but as soon as it got closer, one of my friends shouted, “It’s soldiers, soldiers.” We’re young and it was dark outside. We were scared and started running away. The jeep stopped in the middle of the intersection and four soldiers got out. They threw two stun grenades at us and shouted, “Come here, come here. Stop, stop.” We ran and hid behind a car that was parked on the right, about 20 meters away. The soldiers fired a barrage of shots and the bullets landed right next to us. I was scared and thought I was going to die.

It was dangerous to stay there. My friends ran over to the other side of the road and I ran after them. As I was crossing the road, I felt something hit me in the left buttock and fell down. I got up and tried to reach a car that was there and had started moving without noticing me. The car was driving slowly and I banged on it to stop, and managed to get in. The soldiers ran after us shouting, “Stop, stop.” Then they fired several shots and a tear gas grenade at us. The driver kept going and took me to the clinic in Silwad.

Sabah was taken to hospital in Ramallah in an ambulance that had to take a roundabout route because the military had closed off the town exits, extending the trip by about 15 minutes. At the hospital, examinations and X-rays found the bullet lodged in Sabah’s thigh. He was given an IV drip and painkillers, but the doctors decided not to operate on him for the time being due to the location of the bullet. He was discharged later that night without surgery.

In his testimony, Sabah further recounted:

I’m currently recovering at home. I can’t go to my job as a clerk at the Arab Open University in al-Birah, which helps support our family of eight. I’m worried about the future implications of the injury and the fact that a foreign object might stay inside my body for the rest of my life.

In a testimony he gave on 17 February 2021, H.R. described how the soldiers opened fire at him and at his friends:

When we realized the car approaching us was a military patrol, we ran away because we were scared that the soldiers would catch us and provoke us. Four soldiers got out of the jeep and started throwing stun grenades and firing live shots right at us. We ran in a zigzag and heard the bullets landing next to us. We hid behind a car that was parked by the roadside, but it was dangerous to stay there so we ran away. I’d only managed to get about 30 to 40 meters away when I saw that ‘Ata had been hit and fallen over. Then he got up, ran towards a car that was moving away and got in. The car drove off. I fell down and felt a sharp sting in my left hand. At first, I didn’t feel any pain and thought it was gravel, iron or glass on the ground. I got up quickly and ran towards a business inside the town. I hid there until things calmed down and the military left the area. I looked at my hand and saw a small hole in the wrist that was bleeding lightly. The laborers who work there helped me and I washed my hand. They told me the wound wasn’t caused from falling down but from a bullet. I knew that, but I didn’t want anyone else to know because I was afraid of my family and of the military, which punishes people who are arrested or have a relative killed and prevents them from getting permits to enter Jerusalem or Israel.

H.R was taken in a private vehicle to a clinic in Silwad and from there along bypass roads to relatives in Beitin, who took him to hospital in Ramallah. At the hospital, he was examined, X-rayed, had the palm of his hand set in a cast and was discharged.

In his testimony, he described his current condition:

I haven’t worked since the injury. I’m a welder and am very skilled at my job. I rely on my hands. I earn 200 shekels (~60 USD) a day, which helps support my family. I have five younger brothers and sisters. My father works as a security guard and makes 1,500 shekels (~450 USD) a month, which is barely enough to cover our basic needs. If it wasn’t for my job and salary, we’d be begging. I don’t know what will happen to us and am terrified of becoming disabled due to my injury, which will affect my future. I’m young and single and want to get married and start a family, like any young man. 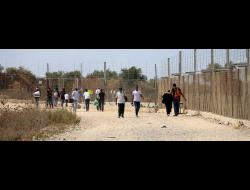 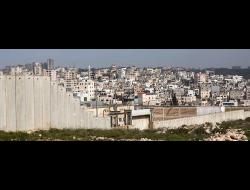