In late September, soldiers assaulted Palestinian laborers in the southern Hebron hills in three separate incidents, according to testimonies given to B'Tselem. All the incidents occurred in the area of a-Ramadin, where laborers enter Israel through a gap in the Separation Barrier. Some two weeks later, B'Tselem documented extensive damage to vehicles in the southern Hebron hills, also apparently done by soldiers. The vehicles were used to transport Palestinian laborers wanting to enter Israel without work permits, and were abandoned when soldiers chased the passengers.

The witnesses described severe beatings, humiliation and abuse, with two of the victims requiring hospitalization, and claimed that soldiers had stole money, cell phones, packs of cigarettes, and other items from their bags.

On 23 September, soldiers detained Salman Zagharneh near a planned section of the Separation Barrier, about two kilometers from a-Ramadin, where he lives. According to Zagharneh, the soldiers attacked him, beating and kicking him, and demanded he hand over his identity card and cell phone. They then left and ordered him to remain there until they returned. About half an hour later, they returned and one of them gave him back his identity card and cell phone. Zagharneh related what happened then:

[The soldier] took out my ID card and cell phone and handed them to me. The moment I took the card and the phone, one of the other soldiers suddenly hit me on the right cheek with the butt of his rifle. One of the soldiers said to me: "Get out of here." I thought the blow had broken bones in my face, it hurt so much. I was dazed and started to lose my balance.

According to the testimony, the soldiers ordered him to leave and did not give him first-aid or call an ambulance. Zagharneh stopped a Palestinian vehicle that was passing by and was taken to hospital. There he underwent surgery on his jaw, which was set. He was hospitalized for six days and will be unable to talk and eat solids for more than a month.

The second incident took place on the night of 29 September. According to testimonies given to B'Tselem, soldiers stopped a group of Palestinians laborers who were attempting to enter Israel through a gap in the Separation Barrier. The soldiers ordered the laborers to lie on the ground and then attacked the driver of the vehicle, beating him. The soldiers then beat one of the laborers, Nazir al-Hreibat , a resident of Dura.

According to al-Hreibat , whose comments were confirmed by another witness, soldiers brutally beat him:

One of soldiers stepped hard on my back, pressing me to the ground. That happened two or three times. Two other soldiers who beat me along with that soldier. They kicked me and hit me.

I was lying on the ground. I felt a lot of pain and was vomiting, but the soldier didn't stop kicking me. He insisted that I keep lying face down. He spoke Arabic with an Arab accent. My mouth was closed. The soldier saw that and told me to open my mouth and press it to the ground. I did as he said, and dirt got into my mouth. I vomited.

al-Hreibat continued to vomit and when his mouth began to froth, an army jeep and Border Police car arrived at the site, and he was subsequently taken by army ambulance to a Red Crescent ambulance, which took him to treatment at a hospital in Hebron.

The third case occurred the next day, on 30 September. This time, too, soldiers stopped a group of laborers trying to enter through the gap in the Barrier. One of the laborers, Muhammad Eqneibi, 55, related in his testimony:

[One of the soldiers] ordered us all to crawl on our hands and knees, one after the other. He told us to crawl, in turn, for twenty meters and crawl back. While each one of us crawled, the soldier followed, kicking and hitting us with his rifle butt. He kept laughing. The other soldier stood and aimed his weapon at us. [...] The soldier said to crawl faster. He kicked and hit us when we slowed down or when a gap opened up. [...] The soldier ordered us to take off our shoes and to walk, one after the other, on thorns for about twelve meters. Then we had to go back the same way. The soldiers didn't hit us while we walked on the thorns.

The laborers were detained for about six hours, during which they were not given anything to drink or allowed to relieve themselves. At some point, one of the soldiers ordered Aqneibi, who complained about the humiliation, to sit apart from the others. Aqneibi related that, after he was moved, the soldiers ordered the other laborers to turn their backs to them, and one of the soldiers removed items from the laborers' bags and put them into his pockets and a bag he had. 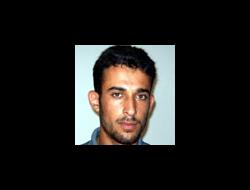 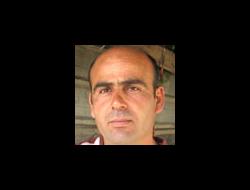 Testimony: Police detain Palestinian laborers in a meat truck, denying them air and water for over two hours, May 2009 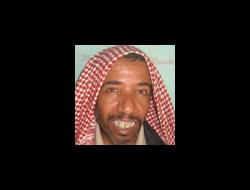