Background on the demonstrations in Ni’lin

The village of Ni’lin is approximately three kilometers from the Green Line. The 5,000-inhabitant village has held weekly demonstrations since mid-2008 to protest the construction of the Separation Barrier, which in this area takes the form of a concrete wall separating the village homes from the agricultural lands. Five Palestinian demonstrators have been killed in Ni’lin since the demonstrations there began. After ten-year-old Ahmad Musa was killed in a demonstration on 29 July 2008, a border policeman was charged with negligent manslaughter. His trial has not yet been concluded.

Video documentation of the shooting incident

In July 2008, B’Tselem published a video filmed by a teenage girl from Ni’lin. The footage shows an Israeli soldier – standing beside a lieutenant-colonel – firing a rubber-coated bullet at close range at Ashraf Abu Rahmeh, who had been detained, handcuffed and blindfolded. Following the video’s release, the Military Police Investigations Unit conducted an investigation which led to the indictments of Leonardo Corea, the soldier who fired, and of OC Battalion Lt. Col. Omri Borberg on charges of improper conduct.

Ashraf Abu Rahmeh and human rights organizations petitioned the Israeli High Court of Justice against the leniency of the indictments. The petition led to the augmentation of the original charges of improper conduct: Corea was also charged with unlawful use of a weapon and Borberg with attempted threats . Both men were convicted: in January 2011 Borberg was handed a suspended sentence and two years deferred promotion; Corea was demoted from sergeant to private. Add link .

Since demonstrations began in Ni’lin, five Palestinians, including two minors, have been killed:

Ahmad Musa, 10, killed on 29 July 2008 by live ammunition during a demonstration against the Separation Barrier at Ni’lin.

Yusef Amira, 17, wounded on 30 July 2008 by rubber-coated bullets during a clash with Israeli soldiers and border police that followed the killing of Ahmad Musa. Died 4 August 2008.

Arafat al-Khawajah, 21, fatally shot on 28 December 2008 during a demonstration against the Separation Barrier at Ni’lin. 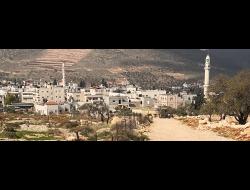