On 13 June 2016, Palestinian prisoner Bilal Kayed completed serving a prison sentence of 14½ years imposed after he was convicted of a series of offenses, including being a member in the Popular Front for the Liberation of Palestine and two counts of attempted manslaughter. Like any prisoner who serves out his sentence, he was to be released and go home. His entire family was awaiting his return home. But on the day of his release, and before his family even had a chance to meet him, OC Central Command Maj. Gen. Roni Numa signed an order placing Kayed in administrative detention for six months, on the basis of “definite security grounds” and on the grounds of “security of the region and public safety”. Rahiba Kayed, Bilal Kayed’s mother, told B’Tselem field researcher Salma a-Deb’i about the preparations for her son’s release and described getting the news about his administrative detention:

The past few months have been very long, and the closer the date of release came, the slower I felt time was moving. For the past week I couldn’t even sleep. All night long I lay thinking about how we would welcome him home. I bought presents for the whole family and even for the neighborhood children, so that everyone would be happy.

We rented a hall for the men’s reception, and rented plastic chairs for the reception at home for the women. We decorated our home and the neighborhood, and we put up pictures of Bilal everywhere. The young guys from the neighborhood even hung a big photograph of Bilal in the middle of the road and wrote good wishes on it in honor of his release from prison. Family and friends stayed in our home until three o’clock in the morning, and then, as early as 7:00 A.M., people who planned to drive south with us to welcome Bilal started to arrive.

My body just couldn’t contain my joy that at long last Bilal was coming back to me and to his brothers and sisters, to our home and the neighbors. But my children were worried about my health on the long journey and said I would be better off waiting at home. Bilal’s brothers and sisters and a few other relatives traveled to meet him, and I stayed home. While I was waiting I felt like I was sitting on pins and needles.

To my surprise, my son Mahmoud phoned to sat that Bilal would be late because of some delays in the release process. I was anxious about what would happen. Our home was already full of people who had come to welcome Bilal. At about 3:00 P.M. my children returned home, but Bilal wasn’t with them. The news struck me like a bolt of lightning. They told me that Bilal had been issued a six-month administrative detention order. I couldn’t believe it. Everyone was in shock, and the joy turned to sadness and tears.

Bilal Kayed’s sister Suha Hussein lives in Germany. She had come to the West Bank specifically in anticipation of his release. She described the moment when they learned of the administrative detention: As soon as I heard that the Israel Prison Service had told Bilal that he would be released on 13 June 2016, I immediately bought a plane ticket, even though it fell during the time of school finals and Ramadan. I arrived in the West Bank on 7 June so that I could help prepare the reception for my brother. I was just overjoyed, preparing the clothes and the house, the shopping list for the reception, renting the reception hall. Until dawn on 13 June we were busy preparing the house, and we welcomed relatives and friends who came to our home to congratulate us.

That morning I traveled with my brothers and with some other relatives – about thirty of us in total – to meet Bilal in the Hebron area. We had been told that he would be released at 11:00 A.M., but after we got to Hebron District, someone from Addameer [Prisoner Support and Human Rights Association] called my brother Mahmoud and told him that Bilal was being held in Ofer Prison. We thought that the Israelis just wanted to hassle us.

We turned around and headed for Ofer Prison, but when we got there we got another phone call from Addameer telling us that Bilal had been sentenced to six months’ administrative detention. We didn’t believe it and we thought that the announcement was a lie, and the Israelis just wanted us to cancel the reception for Bilal. But after my brothers and uncles made a few more calls, we realized that it was true and that Bilal wasn’t going to be released.

Bilal Kayed has been on a hunger strike since 15 June 2016. He is being held at Barzilai Hospital in Ashkelon, Israel, shackled to his bed and under strict guard, despite being in a grave state of health due to his protracted hunger strike. The NGO Physicians for Human Rights-Israel has filed a petition to the Beersheba Administrative Affairs Court demanding that Bilal be unshackled.

Kayed applied to the military court seeking to have the administrative detention rescinded. On 5 July 2016, Lieutenant Colonel Ron Dalumi approved the detention order. After reviewing the classified material, he concluded that it cannot be revealed “due to concern that doing so could harm the security of the region or public safety”, and determined that the material “is reliable and credible and can substantiate the factual basis necessary to examine the justification of the respondent’s detention”. Lieutenant Colonel Dalumi went on to note that “after examining the classified information in depth, I have been convinced that the said information remains relevant and can testify to the future danger posed by the respondent. Accordingly, I have found that the grounds of security of the region and public safety necessitate the respondent’s administrative detention, and that the duration of administrative detention set by the military commander in the order meets the legal requirement of proportionality”. Lieutenant Colonel Dalumi added that there are no alternative means available that could prevent the danger Kayed poses, and that the option of a criminal investigation was “impractical”.

Following the ruling, Kayed submitted an appeal to the Military Appeals Court. On 27 July 2016, Court President Colonel Nethanel Benisho stated that he had reviewed the intelligence information and held an ex parte hearing during which he heard explanations from the representatives of the ISA (Israel Security Agency) “regarding the nature and reliability of the information and concerning the assessment of danger posed”. He added that “the grounds for the administrative detention lie entirely in the overt security risk posed by the appellant – a risk that will be significantly exacerbated if he is released. This risk is substantiated by up-to-date, reliable information, cross-referenced by different sources, so that there can be no doubt regarding the conclusion that emerges from it as to the appellant’s actions prior to his detention and his intentions after his release”. Colonel Benisho said that he took into consideration that Kayed had just been released from a lengthy imprisonment, but that “in the final analysis, I too concluded that, at this time, it is outweighed by security interests”. Accordingly, Colonel Benisho denied the appeal.

Administrative detention is imposed solely on the basis of an administrative instruction by OC Central Command. The proceeding does not include serving an indictment against the detainee. No evidence is presented to prove his guilt, and accordingly he cannot refute any evidence. No judicial determination is made as to whether the detainee is innocent or guilty. While the detainee may apply to the court to examine the justification for detention, even then, the detainee is not shown the confidential information, which is seen only by the judge.

In theory, the justices could serve as the defendant’s representatives, demanding clarification from ISA representatives, and sharing with the detainee at least some of the material in the file so that he could offer a response. In the rulings granted in Kayed’s case in both instances, the military judges note that they examined all the questions necessary to determining the lawfulness of the detention, in accordance with the ruling of the Supreme Court. Thus, for example, they note that they examined the information in depth; that there are no alternative means; that the detention meets the requirement of proportionality; and that the security interest takes precedence.

However, the use of all the right terminology cannot obscure the true nature of this proceeding. In the military legal system, the judges are soldiers in uniform whose objective is to enforce military law on a civilian Palestinian population that lives under military rule. They are not neutral arbitrators reflecting the interests of the society from which the detainees before them come – as are judges in the Israeli legal system. Instead, they represent the interests of the occupying power and are party to its administration. The two decisions issued in Kayed’s case clearly illustrate this reality.

“Administrative detention” actually means indefinite imprisonment, without trial, without conviction, on the basis of classified “evidence” against which the detainee cannot defend himself. Israel regularly imposes this draconian measure on Palestinians. At the end of April 2016, Israel was holding nearly 700 people, including 13 minors, in administrative detention.

Even in this grim reality, however, imposing administrative detention on a person who has just completed a lengthy prison sentence is exceptionally harsh. If the authorities so deign, they can let the prisoner go; if not, they can extend his incarceration on the basis of classified and unspecified information. For the present, they have done so for six months, so that a 14-and-a-half-year prison sentence has become 15 years in prison. Later, if they so wish, they will continue to issue further administrative detention orders. Nevertheless, and in a way that is astounding even in the extreme context of the military courts, the military judges - including the president of the military courts - approved the detention order even in this case.

The Israeli authorities must immediately release Bilal Kayed and allow him to return to his home, his family, his life. 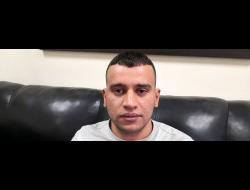 Confessed? There’s no way out now 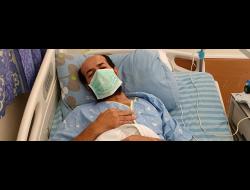 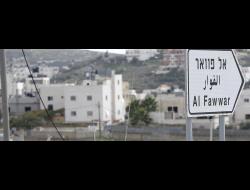